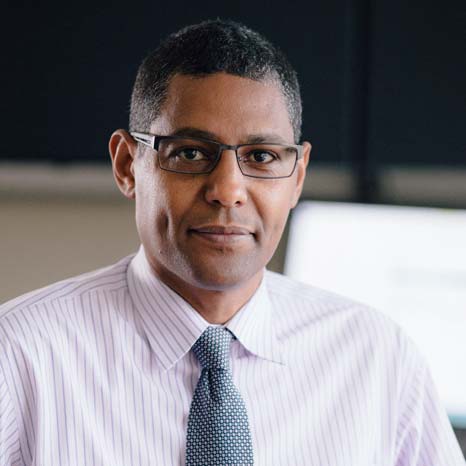 Prof. Kebreab is also Director of the World Food Center, UC Davis. Previously he was the Deputy Director of Agricultural Sustainability Institute. He was appointed Associate Vice Provost at UC Davis Global Affairs in 2016 to advance the university’s engagement in international education. Dr. Kebreab conducts research on reducing the impact of animal agriculture on the environment, including the sustainable use of feed additives.

He has served in several national and international committees including the Intergovernmental Panel on Climate Change, United Nations Food and Agriculture Organization and National Academies of Science Engineering and Medicine. He has mentored or hosted over 30 scholars in his laboratory and authored over 200 peer-reviewed articles, 34 book chapters, and edited 5 books. Dr Kebreab received several awards including AFIA Ruminant Nutrition Award and International Agriculture Award from American Society of Animal Science. Dr. Kebreab received his BSc degree from University of Asmara, Eritrea, MSc and Ph.D. from University of Reading, United Kingdom.