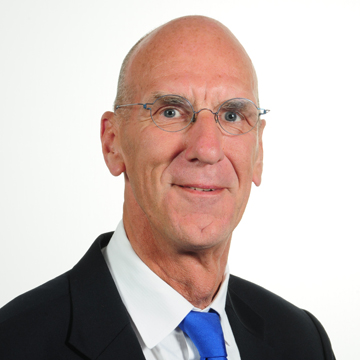 Prof. Dr. Leo den Hartog is director of R&D at Nutreco and part-time professor in Animal Nutrition in Circular Economy at Wageningen University. It was from this same university that den Hartog graduated in Animal Sciences in 1978, and where he obtained his PhD on the relationship between nutrition and fertility in gilts and sows in 1984.

In 1989, den Hartog received the Henneberg Lehmann Award from the University of Göttingen, Germany. In 1999, he accepted an honorary PhD from the University of Kaposvar, Hungary. In 2014, he was given the Molenaar Award from the Animal Nutrition magazine in the Netherlands and Belgium. This award is given every two years to a person for his or her contribution to the animal feed and additive industry.

Den Hartog’s extensive experience in animal production is reflected in over 450 scientific and applied articles and seven books as author or co-author. To date, he has given more than 750 lectures in over 40 different countries. He has also been chairman of Dutch trade missions on behalf of the Ministry of Agriculture, Nature and Food Quality to China, Taiwan, South Korea, Brazil, Argentina, Chile and South Africa.