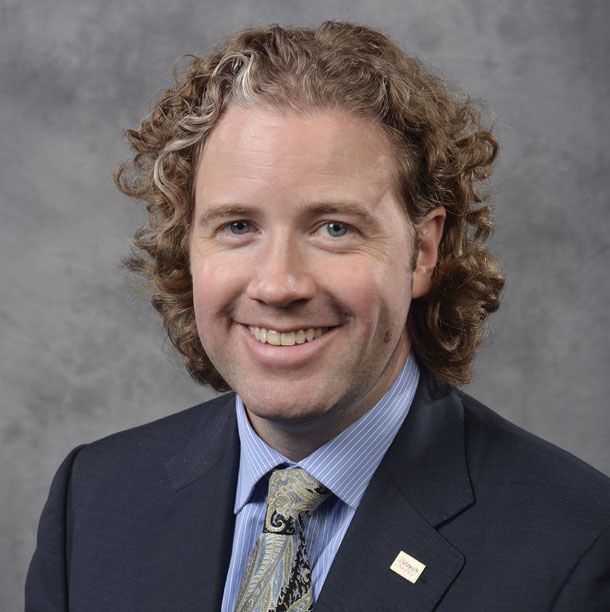 Dr. Mark Lyons grew up in the Alltech business, having traveled with his father and Alltech’s founder, Dr. Pearse Lyons, from a young age to visit customers. With experience working in all regions and nearly all departments — from palletizing bags in production to researching in the lab — he has a deep and uniquely personal knowledge of the company.

He has spearheaded many critical projects, including simultaneously managing a biorefinery project in Kentucky, the establishment of a plant in Serbia and the creation of Alltech’s flagship yeast production facility in São Pedro, Brazil. He also spent nearly four years in Mexico rebuilding the company’s solid state fermentation plant in Serdan, which is one of the largest of its kind in the world.

In 2012, Dr. Lyons relocated to China, the world’s largest feed market, as part of Alltech’s focus on the Asia-Pacific region. Living in Beijing and traveling throughout the country, he led the Alltech China office and focused on building bridges between China and the wider industry through research, education and strategic initiatives.

Under his leadership as director of North America from 2009 to 2011, Alltech expanded its presence with the opening of new offices and a growing involvement in all agricultural sectors. Today, Dr. Lyons is based at Alltech’s headquarters in Kentucky.

He has served as a board member of the American Feed Industry Association and is active in many industry groups, such as the International Poultry Council, the National Turkey Federation, the National Chicken Council and the National Pork Producers Council.

He is also vice president of the Soil and Fertilizer Alliance of China and is a committee member of the China Toxicology Association. He is proud to be the only foreign member welcomed to China’s Feed Industry Golf Group, which represents more feed tonnage than all of Brazil.

Dr. Lyons has published papers and patents in areas ranging from enzyme production to global economics and is interested in the assurance of food safety and quality throughout the entire food chain. Recently, he was named as one of “The top 50 Irish business men and women in the BRIC countries” and “40 Under 40” leaders in agriculture by Vance Publishing Corporation.

He received his bachelor’s degree in political science and environmental science in 1999 from the University of Chicago. He received his master’s degree in brewing and distilling in 2001, followed by a Ph.D. in the area of solid state fermentation, at Heriot-Watt University in Edinburgh. Dr. Lyons is fluent in Spanish, Portuguese, French and German, and he has a working knowledge of Mandarin.