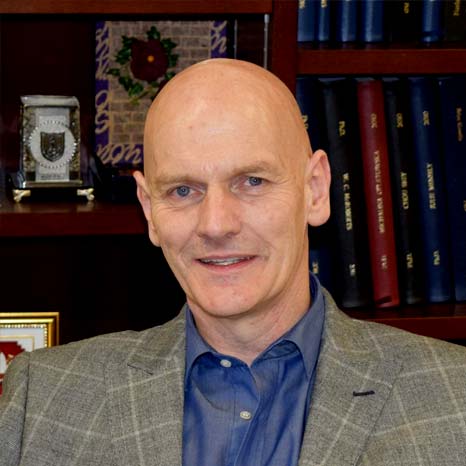 Chris is currently Professor of Food Safety and founder of the Institute for Global Food Security at Queen’s University Belfast. He has published more than 380 peer review articles, many of them relating to the detection and control of agriculture, food and environmental related contaminants.

His main research interests are in the development of innovative techniques to provide early warning of contamination threats across complex food supply systems. Protecting the integrity of the food supply chain from fraud is also a key research topic and Chris led the independent review of Britain’s food system following the 2013 horsemeat scandal. He currently co-ordinates a large Horizon2020 Flagship research project involving 16 European and 17 Chinese partners.


Over the years Chris has developed a high level network of collaborators across Europe, the United States and Asia. He is a visiting Professor at the China Agriculture University in Beijing and the Chinese Academy of Sciences, a recipient of a Winston Churchill Fellowship and is an elected Fellow of the Royal Society of Chemistry, Royal Society of Biology and the Institute of Food Science and Technology. Chris has received numerous prizes and awards for his work. In 2017 he was awarded the Royal Society of Chemistry Theophilus Redwood Prize and was also awarded an OBE by Her Majesty Queen Elizabeth II.